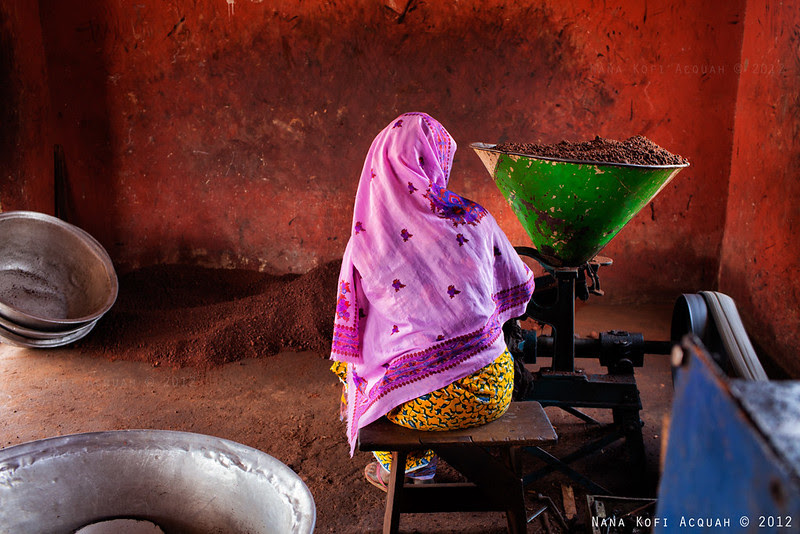 It’s always intriguing to hear a man describe a woman.
I’m not talking about a man talking about one particular woman, but women in the more generic sense.

I have also observed that even in my country Ghana, ones choice of descriptors will be heavily influenced by where one comes from; and the general perception of one’s tribe. For example, I come from a matrilineal tribe. Women in my family have always been powerful. So the first time I heard of Feminism, I was totally confused. Overtime, as I explored the world, I discovered the power my grandmother, mother and sister enjoy in my tribe is not necessarily the common experience of all women.

This photograph, is of a woman doing a man’s job in a part of Ghana where women really are treated as second class citizens. I love this photograph because I have always been of the opinion that a woman doesn’t need to look or act like a man to gain respect; in fact, I think that rather reenforces the stereotype. I love to see feminine women calling the shots because that is the ultimate proof that “Men and Women are created equal”.
Have a great week.
at March 09, 2013 No comments: