On Slavery and Repentance 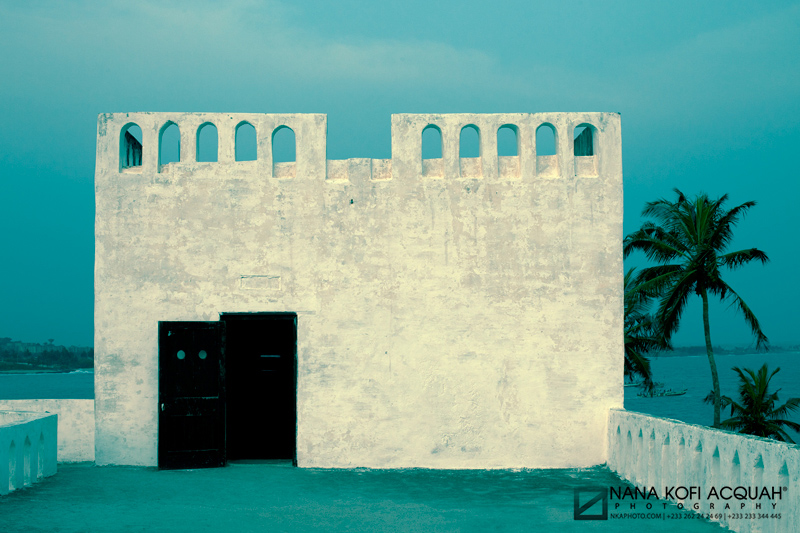 I remember standing in the male dungeon of the Elmina castle, a few metres from  the Gate of No Return. Close to me stood a handsome  man, his skin a perfect mix of chocolate and sunshine. His long dreadlocks were slumped in either awe or fright. His heart was ripping and tearing in a million places. His muscular body was twitching and flexing in resistance to the explosion of emotions occurring in his soul. Like a priest refusing to enter into a trance, he resisted strongly, doing all he could to shut out the grunts and cries of ancestral voices playing in his head. Finally, he caved in with one loud wail, and then softly, in very controlled rhythm, he pelted the walls with his tears. I stood by. Unable to console him, I stood by, concealing the trickles down my cheeks by feigning microscopic interest in some detail on my part of the wall. The transatlantic slave trade was wrong. Slavery is wrong.

It is easy to apportion blame. We can point our fingers at ghosts and states, temples and kingdoms or whatever is left of them. There are those who say it doesn’t matter any more because all the perpetrators are long dead. That to blame this generation for ancestral crimes is not fair. There are many opinions out there and you can pick and choose depending on which part of the slavery divide you fit in: Victim or Beneficiary?  But  what we need now is not blame. What we need is healing. Whenever a human being trivialises the existence of another human, they trivialise their own existence.  If I need to be inferior before you feel superior, you have a problem of self-worth. If it is my failure that makes you feel successful you’re performing below par.  Our success should only be determined by how hard we work our own talents and abilities and should have nothing to do with how terribly or successfully our neighbour handles theirs. Our neighbours aren’t our yardstick. Their failure or success does nothing for fulfilling our life purpose

To the descendants of slaves, I have only one question: “What are you doing to make sure it doesn’t happen again?”.

To those who are the descendants of slave traders, slave owners or from cultures that extensively benefitted or still benefits from slavery, my question is: “What are you doing to end today’s forms of slavery?”.

I look forward to a day when Boer families in South Africa will not only stop teaching their sons and daughters that the black man is the enemy but also that all men are created equal and be humble enough to apologise for the atrocities they committed under apartheid.

I look forward to the day when the fishermen along the coast of Ghana will stop using children as forced labour, denying them access to education and endangering their lives in the dangerous waters they fish in.

I look forward to the day when the ridiculous practice of accusing vulnerable women of witchcraft and persecuting them until they seek refuge in a “witch camp” in the northern parts of Ghana can only be read about in books and will no longer exist in reality.

I look forward to the day when a girl will be considered a girl until she is eighteen and would be enabled and allowed to choose her own spouse, and have children when she’s ready.  What is a family’s honour, if it cannot protect their little girls from rapists, paedophiles and lunatics?

I look forward to the day when my daughter Adoma, won’t have to call herself Valerie to get a job in France or Liz to gain acceptance in England.

I look forward to the day when a woman’s dignity and very existence won’t be jeopardised because she took the decision to accept the job of raising another woman’s children as a nanny or domestic worker in Saudi Arabia.

I look forward to the day when the trafficking of African, Asian and Eastern European women for prostitution and displaying them in red windows, almost naked even on cold wintry days in Amsterdam, Italy and Europe will stop.

I look forward to the day when no society on earth will segregate its own people on the excuse of religion and condemn some to a life of misery just based on their complexion or handicap or for the region they come from.

I look forward to a day when slavery will surely and truly, be a thing of the past.
at January 30, 2013 3 comments: