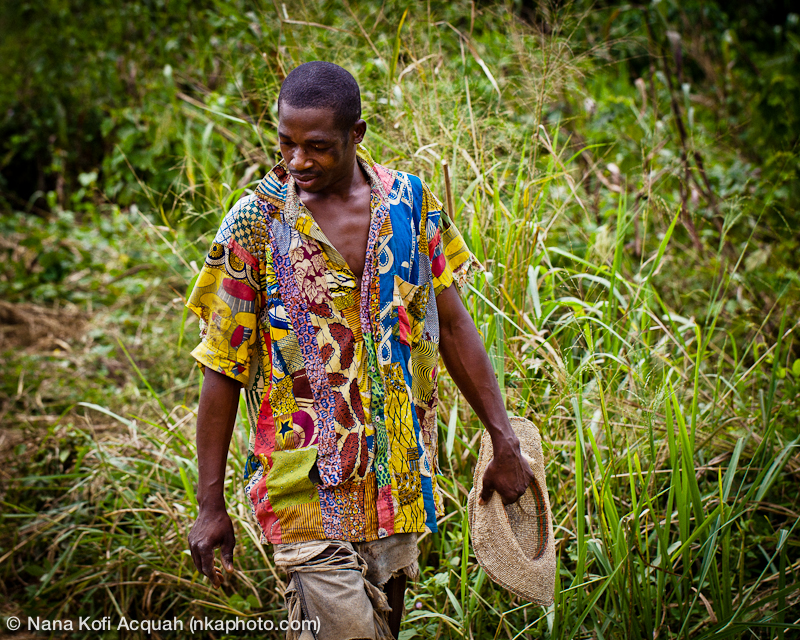 This photograph shames me and inspires me at the same time. I guess that’s why I can’t stop looking at it. I don’t know if a day goes by when someone in my house doesn’t eat something with cocoa in it. How can the one who feeds the world go to bed on an empty stomach? It is an unfathomable paradox but so true. He feeds the world but sleeps hungry… because he’s in Africa. The Ivory Coast is the world’s number one producer of cocoa.
at July 02, 2012

aww,u're right, he's cool; so much swag: the shirt + the ripped jeans...but it's not to be fashionable, that's what he has :(

Its beautiful image that will sorrow you upon looking deeper

You've said it all. This man represents the paradox you mentioned. I think he also represents the indomitable spirit of Africans. In spite of poor leadership, Africans just keep going ... like the energizer bunny.